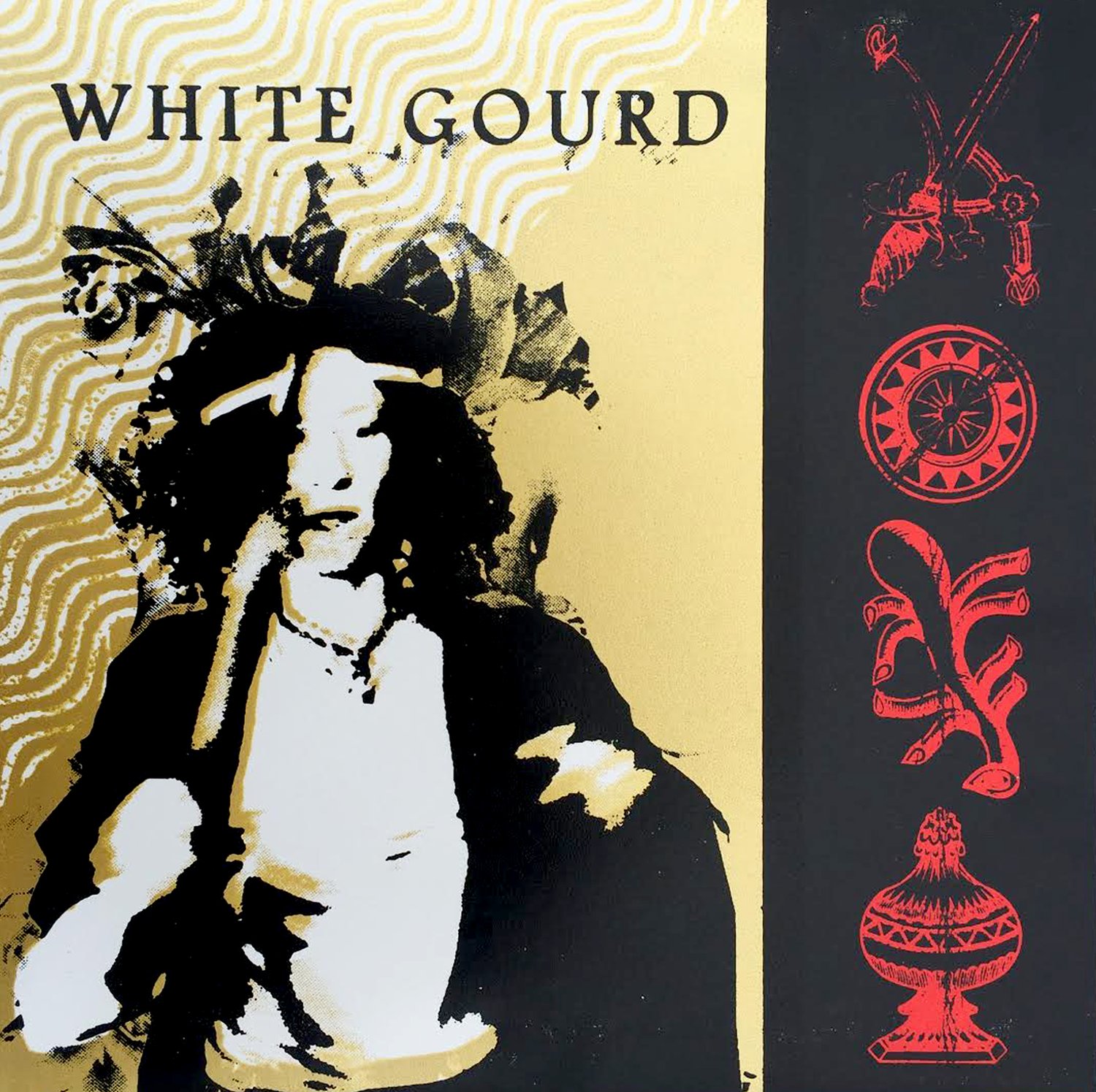 "When crawling to the summit, I saw a person emerge from the mist. A disfigured man in a tattered robe drew two cards from his sleeve and laid them on the slab between us. 'The Magician' and 'The Devil' were pictured
in a vibrant color illustration. As I stared intensely at the cards, the man shuffled over to a faded green jukebox between two ancient pillars. He made a selection and some music began. It had an eerie, hypnotic quality to it. Melodies cycled together in a warped assemblage of modes ranging from Anglo folk and basement jazz to some late night Pagan gospel set. Moments of ethereal beauty blended into nightmare tones and possessed invocations. It suggested a deep mystery and as I listened, the figures on the cards moved and staggered across the rocks. The mist enveloped me and turned violet. When I awoke, I was back at the base of the summit. Laying next to me were the cards and an LP album that was the music from the green jukebox. It was called 'Magician/Le Diable' by an artist named White Gourd. I have returned to it over and over again as I light various colored candles in my apartment and muse on the inherent strangeness at play, always and forever." -Carlos Gonzalez, Wasp Video Roadhouse